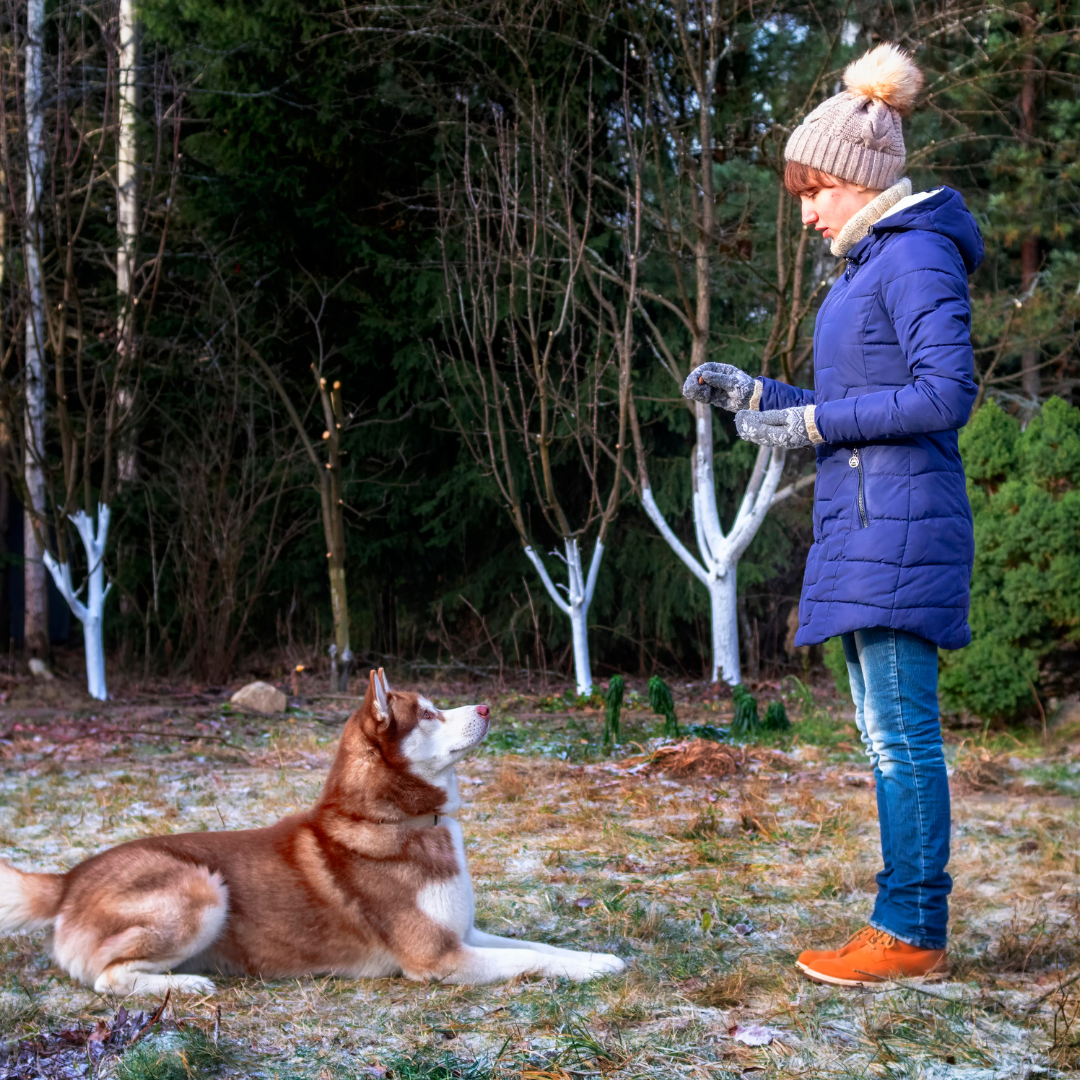 Technically speaking, dogs as a separate species are supposed to be evolved from the wolves. Research indicates that the wolf mutated into several breeds, according to the climate, geography and the environment. As these separate breeds were assimilated and socially integrated into the human society, they became distinct as the domesticated dog. So you see, what we have as the pure bred dogs today, might not share the blood of the wolves any more but they do retain some instincts. One of these is the pack mentality.

Part of a Pack

Living in a pack made it easier for a breed to care for each other and provided the comforts of home, hearth and companionship. But not all were equal in a pack. There had to be a leader, who could unite them and dictate the terms for the rest. This was the Alpha. The pack was so structured that the Alpha had the first and last say. He led the pack. He ate first. He decided the movement of the pack. The rest had to accept his
dominance and follow. Submission to the Alpha dog was absolute, because he was stronger, more powerful, and wiser and it wasn’t easy to defeat him. Any one who tried to challenge the leadership was hunted down. If the Alpha of the pack was powerful, there was no room for dissent and
the motto was “Follow the leader”. Consequently, the pack unity was attributed to the Alpha. Rules were set by the Alpha and the others picked up his lead. Somehow this one leader helped reign in the inherent wildness in the individual members and convert them into a coherent group. Think about it- a whole bunch of untamed species, united under a powerful leader to maintain the discipline and harmony of the pack. Till today the pack mentality of some breeds of dogs requires that they be led.

What’s the big deal about being Alpha?

The big deal about being Alpha of the pack is that it’s the alpha dog that gets the respect. He’s the top dog who is at the top of the social structure. He not only command the respect, he is also obeyed. His word is the rule that must be adhered to. The moment he lays stake to the leadership of the pack, all the rest have to fall into line. Obedience is forthcoming and discipline becomes a way of life. Simply put, if you are the Alpha dog, you’re the one in charge. Usually the alpha dog is male which is why if your pet is a female, she is more likely to accept your position of control. An alpha dog is always much more confident, fearless and in control. The alpha dog is also more affectionate which makes him a good pet. This dog knows his way around and can bully anyone into a corner or make anyone succumb to his charms. There is no need to be big to be the alpha. You just need that mental makeup to lead and dominate others. Dogs, ever since they have been domesticated, are the only unique species that has

accepted the dominance of human beings. The tag, “Man’s best friend”, comes from the fact that they have learned to live with human beings, not because they are stupid enough to take orders, but because they are intelligent enough to discern the owner who can command their respect, just like the alpha in their pack. Take a look around and you will see that there will be one person in the family, whom the dog will respect above all the others- that person is the alpha who they have decide to follow. So when it comes to living with a dog, it is a big deal being the alpha!

Do all dogs need an Alpha?

Doesn’t matter what breed your pet is, he or she is looking for a leader. It’s not just a Siberian Husky or an Alaskan Malamute who need to be controlled by an alpha. Even a lap dog wants to know whom she has to listen to. Dogs need their masters to be guiding them, caring for them, channeling their energy and protecting them. Many owners have varied reasons for abandoning their pets. Sometimes the complaint is
that the dog is too hyper. Others say their dogs were not trainable material and low in obedience. You must understand that a dog is an intelligent species that is not a puppet that will jump to all your commands. You have to win his or her respect, confidence and loyalty to command his or her obedience. For every hyper and un-trainable dog, there is an owner who could not be the effective alpha of the pack. Without a lead to follow, they cannot be house trained or obedient. Without a leader, they are directionless and very undisciplined. In fact if they find no one to look up to, they end up with anti-social behavior. Dogs that are bred to stay with humans need to have a master and owner who can be top dog to their follower act.

What is being the Alpha?

Becoming the top dog or the Alpha is a process to which every family member has to contribute. It’s an image you have to strive to for the benefit of having your pet listen and look up to you. It’s about being more intelligent, dignified, knowledgeable, confident and commanding respect. Which is why none of the other members in the family should dilute your rules. For example, suppose your pet puppy jumps on you or nips at your hands during play, and you deal with it firmly by ignoring the jumping till the dog stops and saying “no” to the biting and discouraging it totally. However if another person in the family decides to allow the jumping and plays at the nipping game, the dog will immediately register that person in his mind as someone lower down in the pack that can be jumped at. The jumping and nipping will continue as a behavior. The Alpha of the pack has to be above all the others and his or her authority is final. This does not mean that the alpha cannot or must not show any affection or love to the pet. It just means setting the rules, adhering to them and being the first in the hierarchical order of things. If the Alpha wants to pet the dog, the dog must come to the alpha. If the alpha needs to take the dog out for a walk, the alpha must lead while the dog follows. Being Alpha of your dog doesn’t mean physical dominance. Think of it more like a mental leash that would lead your pet in the right path of house training, obedience, right behavior and ultimately a content life with you.

24 Steps to take to become ‘The Alpha’

The steps that are part of the ladder to the top of the pack are several. Mind you they are all more attitude oriented than action. Please note that physical punishment will not enforce you as the Alpha- it will only create distrust, fear and a grudging sense of submission. You want to be the alpha for the good of your pet, i.e. to give him or her a lead to follow and make his or her adjustment with the human pack smoother. Here are few of the things you will need to do climb to the top dog spot:

What’s not part of being the Alpha?

Here are some things that are not included as alpha behavior:

As you can see, the alpha role is about an attitude that gets dogs to sit up and obey because they respect the person as an authority figure. Think from the dog’s point of view: It’s not about physical power that gets him to listen. That’s immaterial. It’s also not about a week’s effort. It’s a role that is repeated enough to make it clear to him that the alpha is here to stay. It’s the fact that here’s a person who leads the way but at the same time takes care of him, grooms him, walks him and loves him. Being Alpha means you are in charge but it also means that you love your dog enough to be in charge of his well- being too.

There are many physical ways of establishing your alpha position that are debated about by breeders, trainers and vets. Some are for it some against it. One of these aspects is the alpha roll. It is a physical action aimed at getting your dog to see who is alpha in the pack.

Basically the alpha rollover involves that you:

The whole idea behind the alpha roll is physical ascendancy. It was the way of the pack to determine who is alpha by a display of strength. It is said that in a pack of wolves, when the alpha was challenged, he would attack the contender and go straight for the neck as many predators do. To get out of harms way, the contender to the post would roll over on his back and offer his neck as a kind of submission act.

The thing is dogs have evolved beyond wolves. Even if they retain pack traits, they are not wolves and since they are domesticated what they look for are human alphas. So how far a physical act like the alpha roll will be in establishing an owner as an alpha is pretty debatable. Contrary to the theory, the dog may feel he is being hurt deliberately and would submit to you to avoid any further attack. All it might achieve is a temporary display of brawn. Physical dominance isn’t a great basis for a relationship with your pet.

Be an alpha with a head and heart in the right places. Your pet is smart; you just have to prove you are smarter. You can do this by understanding the difference between being dominant and being a leader. You can do this by knowing your pet well, as in knowing their quirks, what he or she likes, what they don’t, what they fear and what makes them happy. It’s about consistently enforcing the appropriate behavior patterns and never being hard on them without reason. It’s like raising a child and being a gentle dictator.

The key to being a responsible alpha is to establish a sound lead for him or her to follow, start early, be consistent and love your pet as much as you can. Alpha is not about who has the power- it’s about who can lead the best and you have it in you to be a great alpha. It shows, otherwise you wouldn’t have brought home a pet to love, nurture and care about in the first place!•• 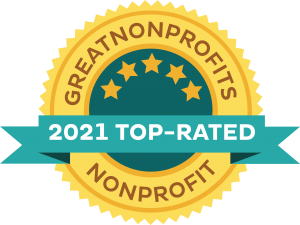 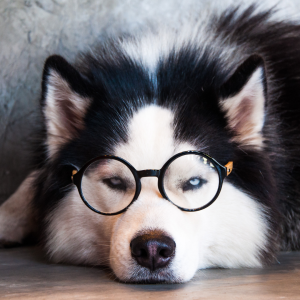 How smart are Huskies? 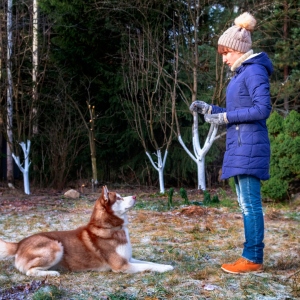 Learn about the ways YOU can help!